Reclaiming old fishing traditions at the Natural Old Rock Dam, down river from The Great Falls at Peskeompscut.

The Rock Dam below the Great Falls on the Kwenitekw and its surrounding lands are an important site in the traditional territory of Sokoki/Squaqheag (Western Abenaki), Pocumtuck, and Nipmuc Tribes. Archaeological records indicate that the site has been used by Native people for thousands of years. When the Shad and Salmon were running upstream in the Rock Dam area, this was a gathering place for Native peoples from many Tribes, including the Abenaki and neighboring Algonquian peoples. It is also a place for the harvesting of medicinal herbs, astronomical observations, diplomatic councils, and burials. This place continues to hold cultural and spiritual significance for the Elnu Abenaki Tribe. 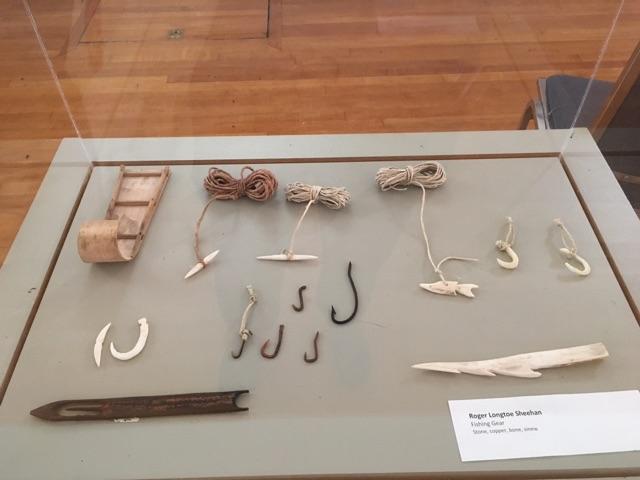 Peskeompscut (also referred to by the Abenaki as Kchi Pôntegok and Mskwamagok) is now known by the name of Turners Falls, named after the man who led an attack on a Native fishing encampment. During Metacom’s War (King Philip’s War), the area around the Great Falls was considered a safe haven for Sokoki/Squaqheag (Western Abenaki), Pocumtuck, Nipmuc Narragansett, and Wampanoag Elders, women, and children. All of that changed in the predawn hours of May 19, 1676. While sleeping, Native families were massacred by Capt. William Turner and a militia composed of men from the surrounding English towns. The Peskeompskut Massacre took the lives of up to 300 Native American people, most of them women and children. This was but one battle in a war that went on to kill approximately 40% of New England’s Native American population.

The massacre has never been forgotten by surviving descendents. Native consultants, including the Elnu Abenaki Tribe, the Chaubunagungamaug Band of Nipmuck, the Narragansett Indian Tribe, and the Wampanoag Tribe of Gay Head (Aquinnah), have been providing new cultural and historical insights to the National Park Service’s Great Falls Battlefield research project, ongoing for five years. 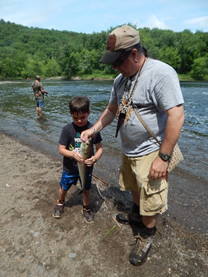 This is one of the few ancient fishing sites that haven’t been destroyed by industrialization. The Elnu Abenaki Tribes continue to fish and do ceremonies on this site. Through the years, this tradition has continued to grow, and the Elnu Tribe has been joined by friends from other tribes. Subsequent gatherings have drawn nearby citizens of all ages from up to eight other tribes and bands for fishing, feasting, and celebration. This is how we rebuild community, honor those who have come before, and teach the next generations. N’mikwaldam—we remember.

“Assault on Peskeompskut.” n.d. Raid on Deerfield: the Many Stories of 1704. Accessed March 29, 2022. http://1704.deerfield.history.museum/scenes/scene.do?title=Peskeompskut.